HCUK Reception at the House of Lords

THIS EVENT IS NOW SOLD OUT

THE WAITLIST IS CLOSED 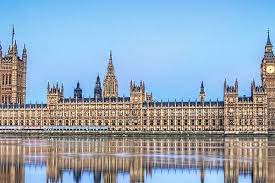 at the House of Lords, hosted by Lord Karan Bilimoria (HBS 2011).

The reception will be held in the Cholmondeley Room & Terrace,

The Reception is currently open to HCUK Members only but will open up to all Harvard alumni in late August. The event historically sells out. This year, capacity is reduced by the Houses of Parliament as a COVID measure. We strongly recommend registering immediately if you are interested in attending.

Cobra beer is offered with the compliments of Lord Bilimoria.

Refunds are possible up to 26th September only if spaces could be filled from the waitlist.

This event is not-for-profit and is priced to cover costs.

Friends of HCUK will donate any surplus proceeds to an educational charity.

Once tickets have been purchased, you will receive an official invitation via email two days before the event. Due to security, all guests will need to present the official invitation and proof of identity in order to be admitted. Your name must also be on the security guest list. Please register using the same name as the one on your photo ID and do the same for any guests.

If you have any further questions, please contact Vicky and Yuko (HCUK Events Team) at events@hcuk.org or Verity (Club Administrator) at membership@hcuk.org

For further information about what to expect when arriving at the Houses of Parliament, please see the link below:
http://www.parliament.uk/visiting/access/events/ 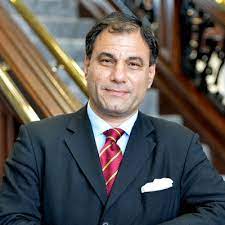 Lord Bilimoria (HBS 2011) has been a member of the House of Lords since he was appointed the Lord Bilimoria of Chelsea in 2006. He is an entrepreneur and educationalist. His Asian and British heritage enables him to serve the interests of different cultures and communities.

Here are some examples of Lord Bilimoria’s achievements and responsibilities: