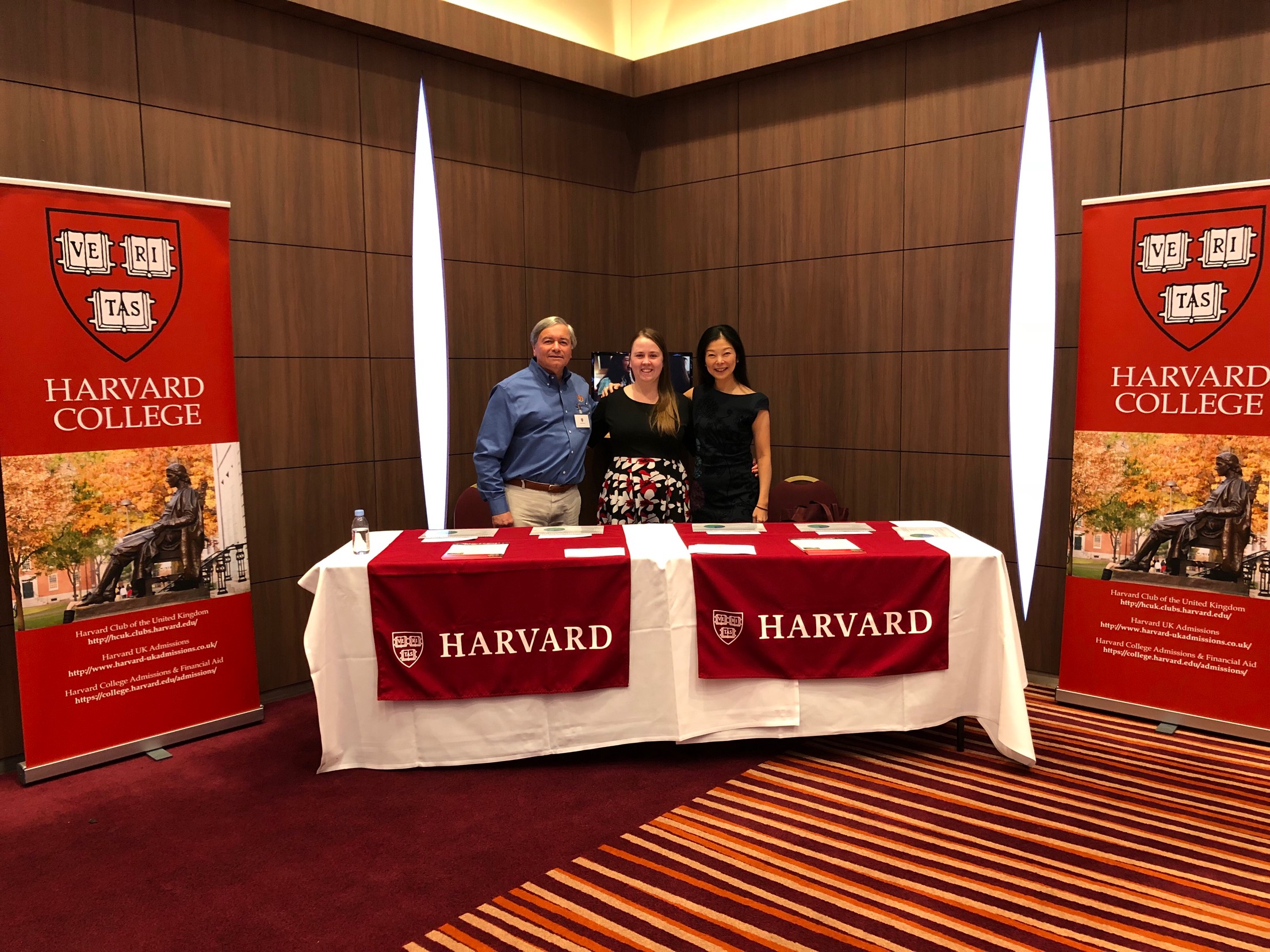 Over 600 students and parents visited the Harvard stand at the ILEC Conference Centre, London, for the USA College Day this year. USA College Day is the largest US university fair in Europeand is sponsored bythe Fulbright Commission. Over 150 US colleges exhibit at this fair and Harvard has been represented for the past several years. With well-known universities and smaller liberal arts colleges and specialised schools represented alongside each other, the fair caters to a wide range of interests and aspirations and is free to attend.

Janet Irons, Senior Admissions Officer, organises her annual UK visit to coincide with this fair. As in previous years, Janet was at the Harvard stand with other Harvard alumni volunteers at the kick-off session this year.

Thanks to Stuart Gordon’s efforts, we secured a prime corner table. The Harvard stand was more visible and attractive than ever before, with our new roller banners and a slide-show on a loop shown on aTV screen.

Our alumni representatives found it really rewarding to talk to such a diverse mix of young people who are interested in Harvard, including very young students who are planning ahead, this year's applicants, familiar faces who had been visiting our stand for the past 2-3 years, parents and teachers.

Although our stand was always staffed by no fewer than four representatives, at times we were completely overwhelmed by the level ofinterest. We want to thank Janet Irons, Stuart Gordon and our dynamic team of recent graduates, more experienced alumni and HCUK officers who volunteered their time to make this year’s US College Day such a success.