The Din and Tonics honoured London and Oxford with their presence at the beginning of June as part of their 10-week biennial world tour (end of May to beginning of August). Harvard’s signature all-male a cappella group made the UK their second stop on a tour that would take them to 18 cities, 14 countries and 4 continents.

In London, the Dins performed to a full house at the Lansdowne Club, which has proved to be a most gracious host to Harvard performing groups over the past years.  Audience members comprised Harvard alumni and affiliates and Lansdowne members. Caroline Costin (co-head of Events, HCUK) introduced the group.  The Dins delighted the audience with beloved staples such as The Fly Medley, Sh’Boom and McDonald's Girl. Among their newer repertoire were the John Williams Medley, James Bond Medley and New York, New York. The performance also featured more traditional songs such as Danny Boy and La Vie en Rose.

The Dins graciously agreed to perform at Falkner House School the morning after the Lansdowne concert. It was an earlier start than they would have liked but they brought the house down. Immediately after that gig, they caught a flight to Dublin, Ireland.

It is a rare treat to be able to see student-run touring musical groups in London. The Dins’ tour is entirely organised and funded by current or just-graduated Harvard undergraduates. In London, most of the Dins were hosted by alumni. For future reference, HCUK would be most grateful for any sort of support that London-based alumni can offer to visiting groups (e.g. accommodation, logistics support, transportation, performance venues). 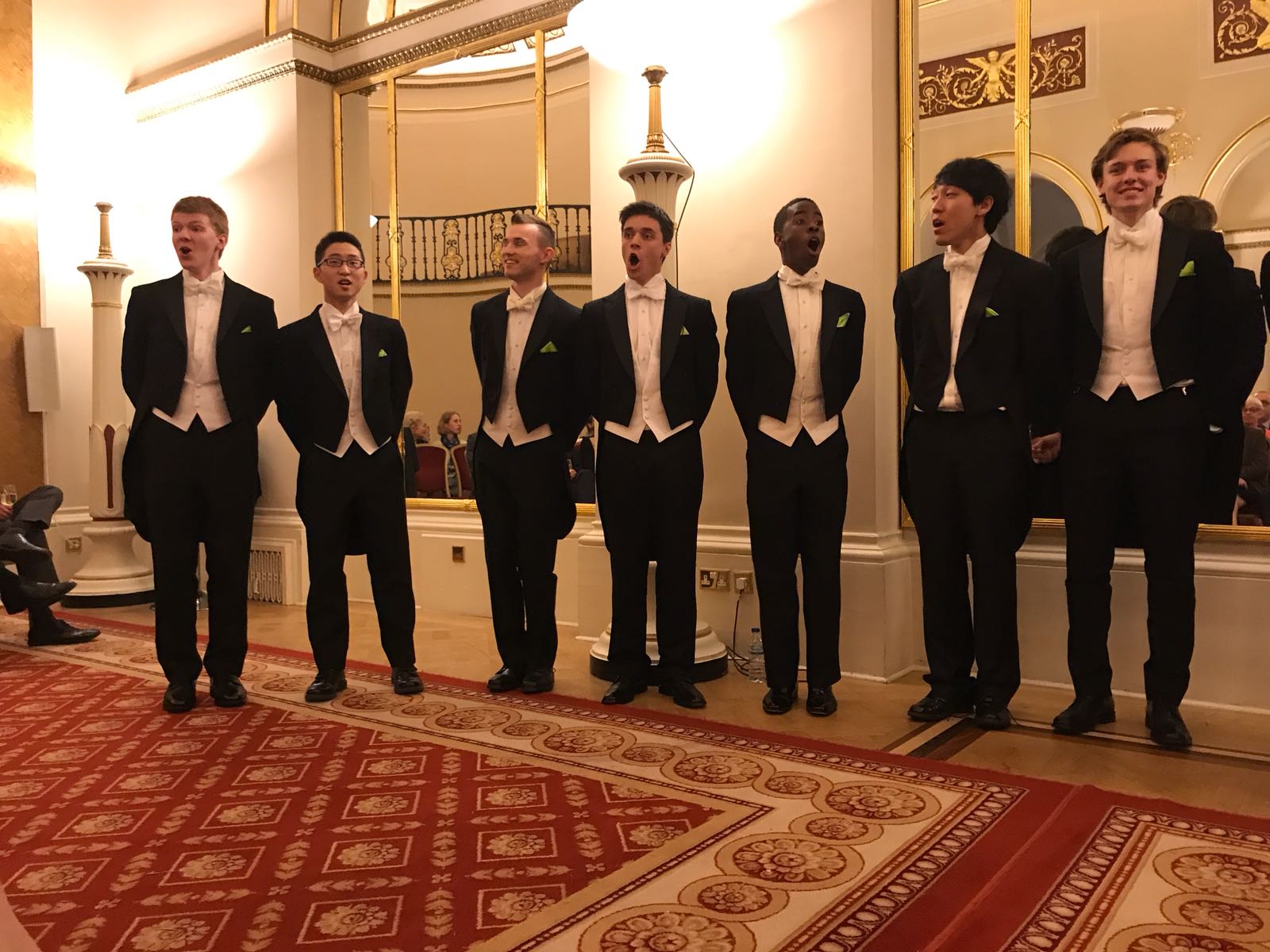